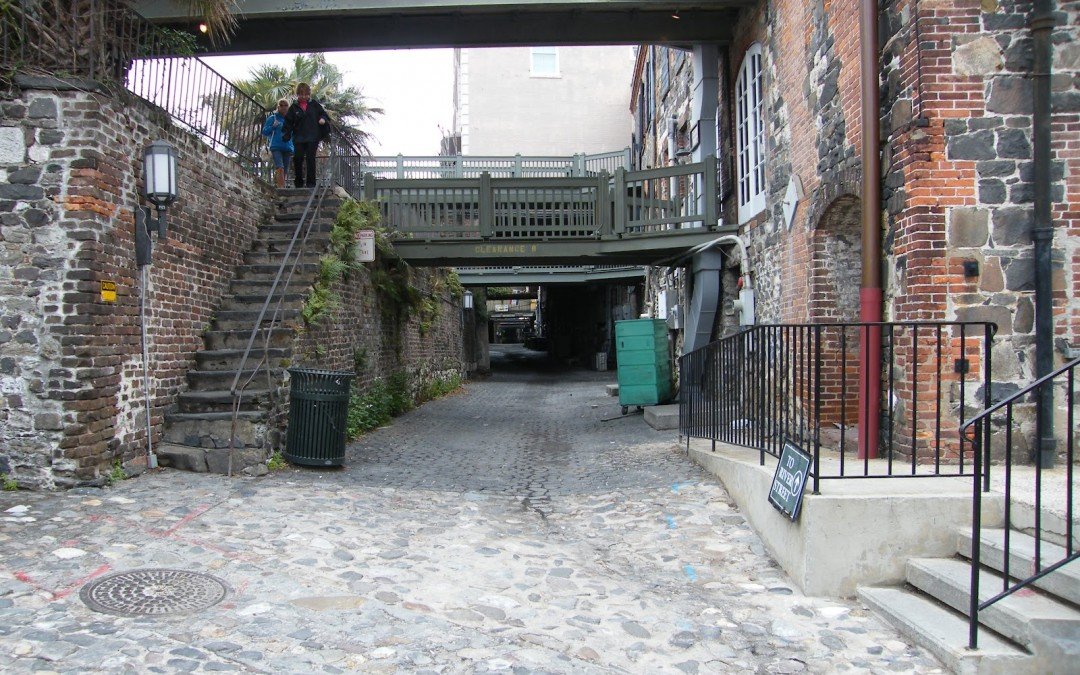 If ever in Savannah, GA, you’ll find quaint cobblestone streets and good ol’ southern hospitality will provide for a memorable trip!

This city is famous in the Southeast for its historic River Street, a cobblestone street filled with shops, restaurants and other exciting venues. River Street is paved with over 200 year old cobblestones and runs along the Savannah River. The bustling street once made the city one of the leading ports in the U.S. The street was revitalized in 1977 after decades of being ignored and is now popular destination for tourists and locals.

Savannah also boasts numerous other cobblestone streets such as Jones and Bay Street. All of these beautiful cobblestone streets have been around since the mid 1700’s. Once sandy or wooden, the cobble streets resulted from abundant sources of river cobble and quarried stone being easily available through shipping to the city’s port. Today’s the cobblestones are used for pavement and construction along River Street as well as around Savannah. You can see the beauty and magic of the cobblestones streets and buildings with many walking tours including the famous Cobblestone Tours that put an interesting touch on the city’s history.

For more on cobblestone street’s in the U.S.A., read other posts both here and at www.MonarchStoneInternational.com.