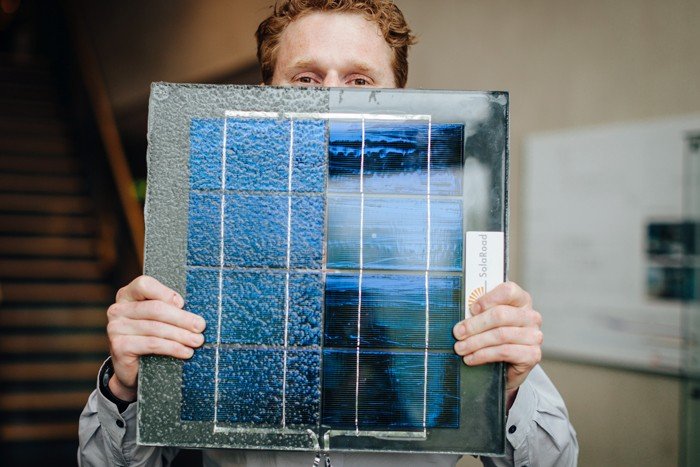 In the Netherlands, a pilot project is investigating utilizing solar cells on roads for producing solar energy. Roads provide an extremely large surface to work with and may become a valuable way to capture energy.  SolaRoad is the brainchild of the Dutch company TNO, working in conjunction with the Netherlands province of Noord-Holland, a road construction company (Ooms Civiel) and a technical service provider (Imtech).

This past summer, the pilot project began with a bike path, rather than a typical street road, as the load bearing weight would not be as severe. A path was installed with prefabricated concrete slabs of 2.5 by 3.5 meters with a 1 cm thick translucent top layer of tempered safety glass. Underneath the glass are crystalline silicon solar cells. The top layer has to be translucent for sunlight, and repel dirt as much as possible. The top layer is also skid resistant.

SolaRoad could power street lighting and traffic signals. Sten de Wit of TNO imagines a future in which generated electricity is transported to the vehicles on the road.