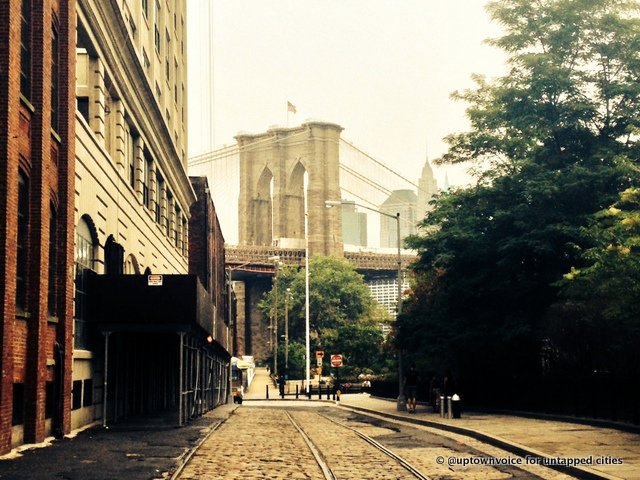 New York City is famous for many things, and one of our favorites; the cobblestone streets!

According to author Kate Ascher, the concept of using small round stones as street paving goes back 350 years, but the rectangular shaped cobblestones in New York City are a mere 150 years old. Every borough in New York City has at least a strip of cobblestone streets. At one time all of NYC’s main streets were paved in cobblestone. In the future however, it’s possible that only those protected in historic neighborhoods will remain, as the others eventually disappear due to the expense of upkeep.

Cities 101: Cobblestone Streets In NYC Are Expensive and Disappearing

Today, 36 lane miles of cobblestones remain in New York City. Some streets, like Wooster, Greene, Mercer, and Bond in SoHo are in a protected historic district; others–such as Perry and Bank streets–are not. Four times as expensive as asphalt, cobblestones in unprotected districts will only occasionally be replaced in kind. Often holes in these streets are filled in with asphalt or a mix of other kinds of stones. The photo above is typical of many streets in NYC. Most are the rough, generally unmaintained variety that has simply been left in place…..

With a personal connection to Brooklyn, we LOVE the cobblestone streets especially in DUMBO! Thankfully, there will be miles of cobblestone streets that remain in the city one way or the other and will continue to either appeal or repel depending on whether you are tourist or native. Its all a part of the NYC experience – a wonderful combination of history, culture, incredible architecture and humanity. Save the cobblestones!!