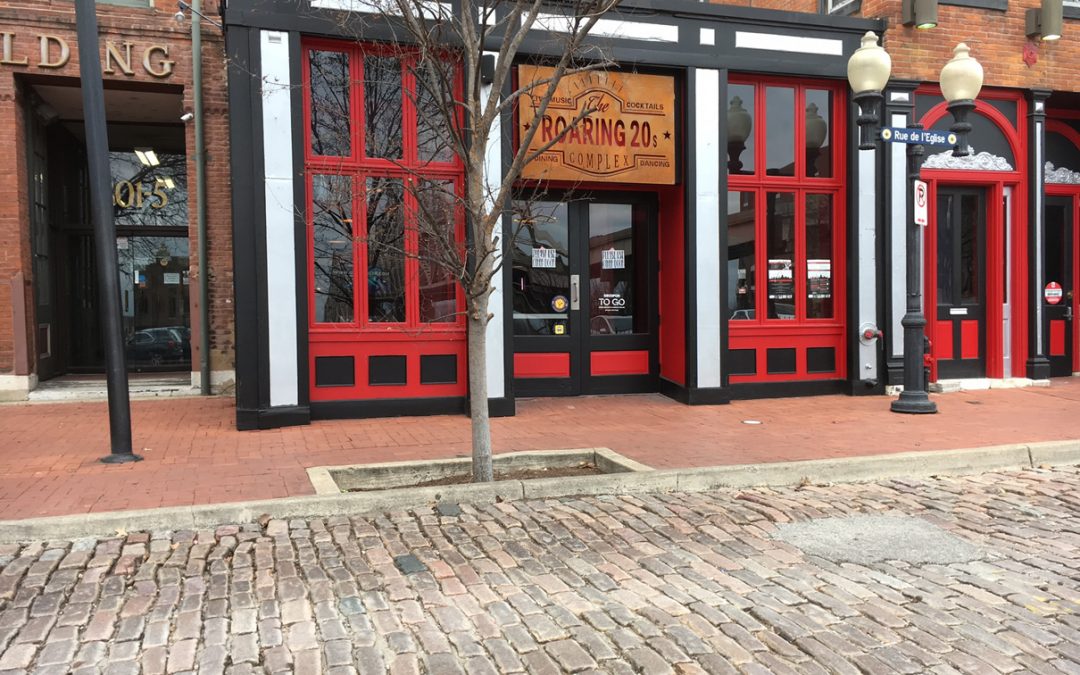 Visitors to the city of St.Louis will find charming cobblestone streets throughout the city.

Cobblestone streets are important to retaining the historic feel and charm of St. Louis, MO. Cobblestones have even been repurposed for other landscape uses such as crosswalks in historic residential neighborhoods, rather than simply painting lines on the street. The highest concentration of cobblestone streets can be found in a historic section called, Lacledes Landing

The City of St. Louis is in its present location because the founder of the City, Pierre Laclede Liguest, who chose this site to establish his fur trading post so it would not be subject to flooding.  Having a central location was also a priority. With that in mind, in 1764, he chose the west bank of the Mississippi River, north of the River des Peres and south of the Missouri River. Laclede named the settlement St. Louis in honor of the patron saint of the Crusader King, Louis IX of France.

By 1780, the village of St. Louis contained three streets: La Grande Rue, now First Street; Rue d’Eglise, now Second Street; and Rue des Granges, now Third Street. Soon the village became the center of commerce with furs as the main source of exchange for goods. River traffic increased rapidly so that by 1850, St. Louis was the second largest port in point of tonnage in the country, being exceeded only by New York. This was the “Golden Age” of river traffic when some of the finer boats were literally “floating palaces, luxuriously appointed and decorated inside and out with Victorian carpentry.

Today, Laclede’s Landing, is a nine – block historic industrial area that once housed the companies that produced coffee, leather goods, tobacco, whiskey, candy, mattresses and machinery for the barges. Visitors can experience the charm of multiple blocks of cobblestone streets and century old brick and cast iron facade buildings as they walk, shop or dine in the area. The beautiful St. Louis Arch is visible from many spots and historic area sits literally on the mighty Mississippi River. The district is the only remaining section of St. Louis’ 19th-century commercial riverfront.

Thanks to the admirable preservation effort of St. Louis, this historic district and charming cobblestone streets of Laclede’s Landing create an authentic experience and should be high on the list for lucky visitors to the St. Louis waterfront area.