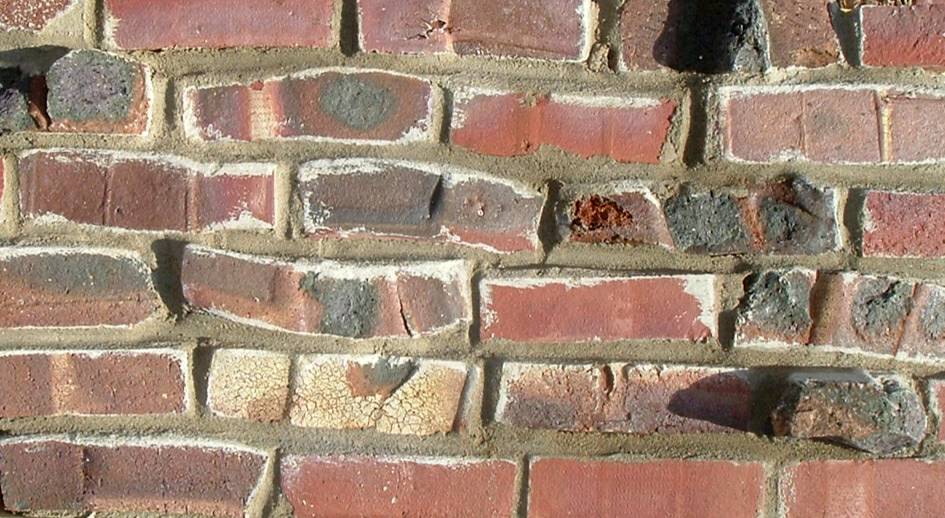 You’ll find recently added photos of antique clinker brick on our “Antique Brick” page.  We have over 2,000 of these unusual brick in stock and more may be attainable if you’re in the market.

What are clinker brick? Clinker bricks are the result of wet bricks placed too close to the fire in the kiln, which resulted in twisted, misshaped or burned bricks. The intense heat of coal-burning traditional kilns created a hard, durable brick that actually makes a distinctive sound when banged together. Overbaking produced rich, warm colors as well that ran the gamut from reds, yellows, and oranges to deep, flash-burned browns, purples, and blacks. No two clinker bricks were alike, rendering them trash to brick manufacturers who prized uniformity, but a treasure to early modern architects, builders, and homeowners seeking uncommon architectural detail.

Clinker bricks were rejects because they were discolored or twisted, however in the early 20th century clinkers became popular when avant-garde architects such as Charles and Henry Greene, who started building houses with them precisely because they were so unusual and may have been impressed after seeing the bricks used in buildings near Boston, where both brothers attended MIT.

Clinkers were used to enhance bungalow architecture, creating visual interest in focal points such as chimneys, porch supports, and garden walls. The use of clinkers in English walls dates back to the 19th century however the Greene brothers, who were synonymous with the Arts & Crafts era, incorporated clinkers in their most famous California houses– primarily in the Pasadena area.

Clinker use spread to other architectural styles, too, especially Colonial Revivals along the East coast, where entire homes, not just chimneys, were made of them. Kingston Heath, director of the historic preservation graduate program at the University of Oregon, thinks clinkers appealed to Colonial Revival designers because their irregularities hearkened back to pre-industrial times.

Interested in adding authentic antique brick, especially clinker brick to your architectural design? Give us a call today!